I arrived in Hamburg on the afternoon of Sunday 23rd and spent large parts of the next three days in Miniatur Wunderland. I was struck by how busy the whole place was in terms of staff activity and development of the exhibition. I noticed significant changes since my last visit in November and even over the short time I was there.

There seemed to be a lot of staff on site and the atmosphere seemed to be a focussed and exciting. I saw both Gerrit and Frederik but I wasn't brave enough to stop them and offer my congratulations. They seemed busy and I am shy!

Since my previous visit in November the new section for Monaco has made significant progress. Lots of new building are in place and the scenery where it connects to Provence was looking more finished.
The fairground was making progress and there was a mysterious tunnel in the ground that I had not noticed previously. It looked like the tunnel that connects America and I could see it contained unfinished railway track - is this for the new bridge??
I also noticed that railway track had been added to the fairground although it wasn't clear how much of this would be visible to the guests when it is complete.
The glass in the tunnel that connects America was replaced while I was there (I watched them do it). The new glass is MUCH clearer. I'm not sure if the old glass had become damaged or if they just wanted to renew it.
There was a new exhibition about pig farming near the lockers - fascinating.
Most obviously the entire control centre has been moved downstairs temporarily. I can't imagine how much work and stress this must have been. The site of the original control centre was cleared out and by Tuesday a new wall had appeared with large windows. It looks like when the control centre is moved back upstairs it will be (at least partially) separated from the visitors. I am really interested to see what happens here and if anyone is visiting I would love to see some photos.

Finally - when I was walking into Miniatur Wunderland on my last day one of the members of staff recognised me from November and came over for a few words. Given how many thousands of people they must see, I really appreciated this gesture. As a somewhat socially awkward Scottish-man alone in a foreign country, with a very limited grasp of the language, this felt like a warm and welcoming gesture that made a difference to my day - and is a perfect example of the inclusive and friendly spirit of MiWuLa. I won't name him here but I am going to send in an email saying that the true wonder of Miniatur Wunderland is the people who work there.

If I can figure it out I'll follow up with some photos once this post is approved.
Nach oben

Thank you for your report, RedDog. You spent three days in MiWuLa, you're really one of us

The glass of the tunnel was broken. A picture of this you can see inside the weekly report from last week.

RedDog hat geschrieben: ↑
Samstag 29. Februar 2020, 08:51
Finally - when I was walking into Miniatur Wunderland on my last day one of the members of staff recognised me from November and came over for a few words. Given how many thousands of people they must see, I really appreciated this gesture. ..., this felt like a warm and welcoming gesture that made a difference to my day - and is a perfect example of the inclusive and friendly spirit of MiWuLa. I won't name him here but I am going to send in an email saying that the true wonder of Miniatur Wunderland is the people who work there.

What conspicuous things have you done there in November?!?!? The crew in MiWuLa Hamburg really is a nice crew - except sometimes only one or two (of more than 300!). I won't name them here ...

I think you perfectly described the spirit of the Wunderland. You come as a stranger and leave as a friend. I cannot count the times I missed my scheduled train after a day in Wunderland because of very interesting long conversations with staff and other guests.

See you in September?

P.S. I'll have a closer look to Monaco etc tomorrow.

This is the area where the old control centre was. I was amazed to see it had been completely cleared out apart from a patch cabinet hanging from a roofing girder! 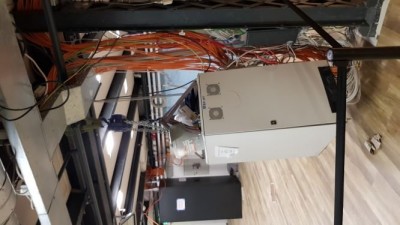 Another view taken at the same time showing the HUGE cabling job ahead. 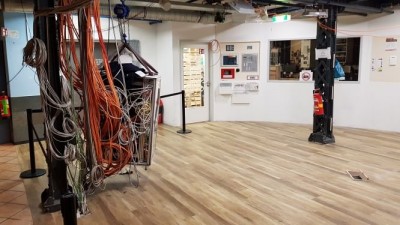 This is the back of the temporary control centre. Speaking as someone who works in IT I was amazed at how much work must have gone into this. 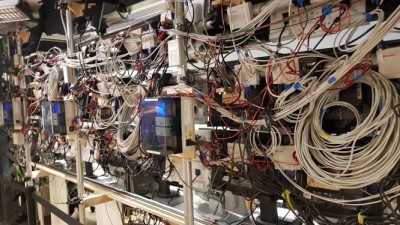 Repairing the broken glass in the tunnel to America. The new glass looks MUCH clearer. 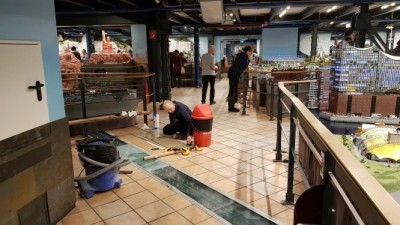 I have kind of got into the habit of arriving at MiWuLa early - usually arriving for when it open. I stay for a couple of hours then have breakfast in the bistro. The exhibition is just starting to get busy around this time so after a little while I might head into the city and do something else, returning for early evening when it is starting to get quieter again and stay until closing time. 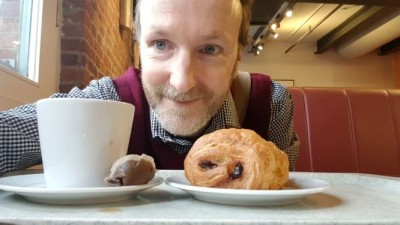 A little later and rapid progress is being made with the control centre. 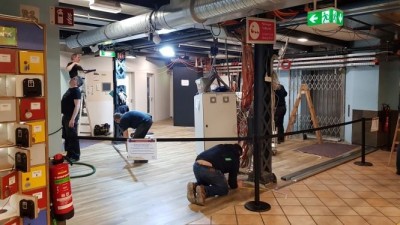 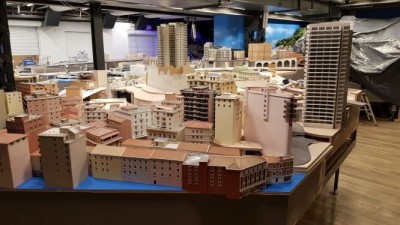 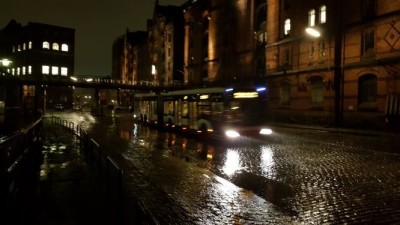 Next day and lots of activity in the new Monaco section. 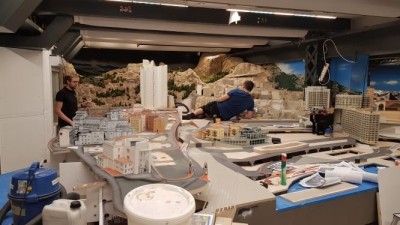 Walls have gone up for the new control centre. I wonder if this is going to be entirely sealed off from the public? 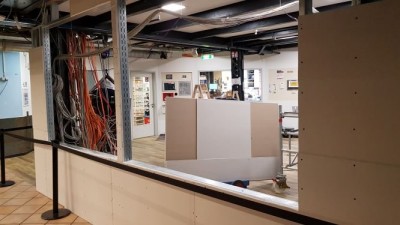 And finally - keeping an eye on things in the temporary control centre... 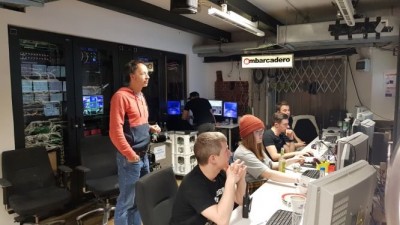 Thank you for the nice pictures.
Yesterday they have been visible for me, today I only can see a kind of filename...

At this moment I notice, the smileys on the right side of my screen are also not visible. Don't know whether it is something with my computer or the forum software.

The "Hamburgers" are working ... wait for a while until the processing has been ended.

Thanks for your comments. Yes, maybe I overloaded it with too many photos (I posted 11, but I took over 500!)

@Harry, you mentioned the MiWuLa weekly report. I have tried searching but can't find it. Could you post a link? It's okay if it's only available in German. It will be another way to help me learn.

Thanks everyone. This is a great community.
Nach oben

There are different ways.

Everytime someone of us has found the new weekly report, he/she reports it in this forum:
wochenbericht-f5/
You are allowed to do this, too

You just have to be the first one who reads and writes.

We love this reports because of we every week can see and read what happened.

I don't think so. Some of us are posting much more photos for their own weekly report / visit report.
Bautagebuch Damen Crane Barge 4518 Friesland